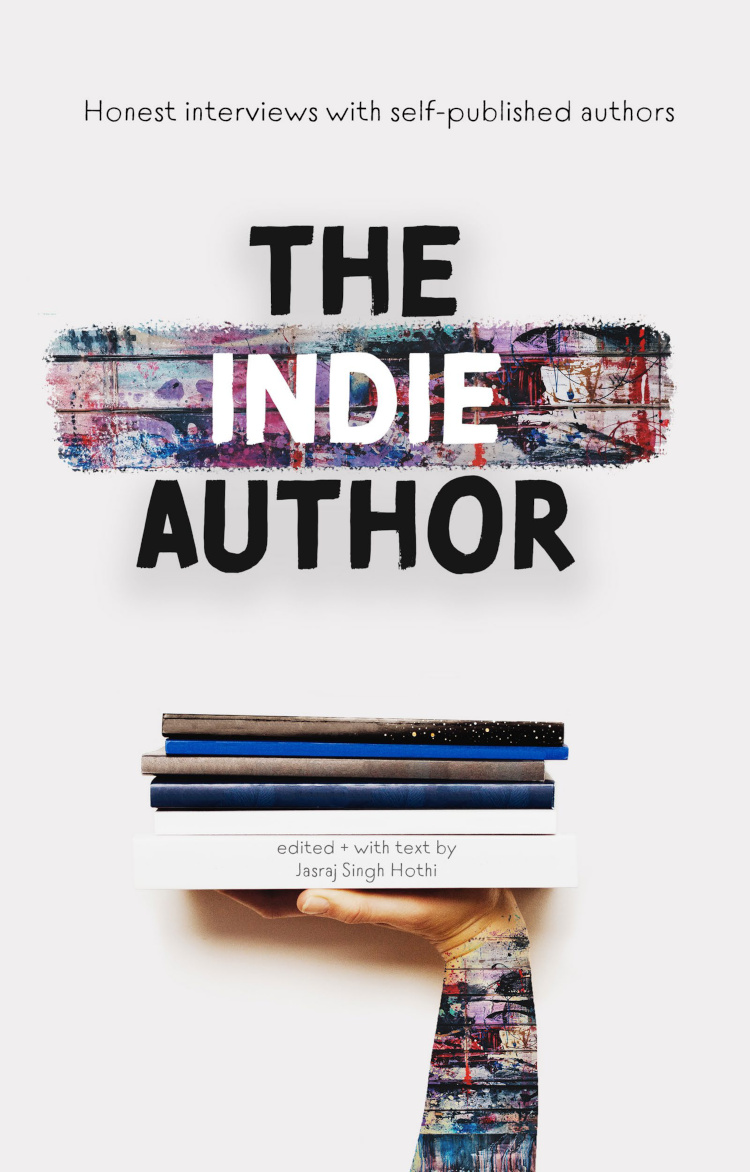 “Yeah—if you’re a boss in a video game.” I glance around the online waiting room, empty but for me and Beta (Ernie’s already been spirited away behind closed doors; we’re just here to provide paperwork and currency). “Or a pro-wrestler.”

“Dude,” Beta says, “how can you not be okay with an online clinic run by someone named Doctor Pain?”

“Because ‘Doctor Pain’ doesn’t sound like it has anything to do with relieving people’s aches and pains. If anything, it’s the moniker of some crazed comic book villain who gives you pain.”

Beta raises an eyebrow. “Did you just use the word ‘moniker’ in a sentence?”

I pretend to be interested in a brochure stand across the way, hoping Beta will mistake my embarrassment for indifference. “That brochure says ‘Cedar Cyanide Medical Group’ on it.”

“You’re going to be such a muff whisperer once you hit high school.”

“Just fill out the form.” I gesture at the giant dialog box that’s popped up beside Beta’s seat. It’s got some fine print, followed by a line of bold text that reads, “Check here if you are over 13 years of age and have read the Terms of Service.”

“Did you read the terms of service?” I ask, frowning.

“No need, since I’m breaking it anyway by putting myself down as Ernie’s dear old Uncle Solo. Besides, I’ve got it memorized.”

“Doctor Pain’s terms of service agreement is refreshingly up-front and to-the-point. ‘You pay Doctor Pain. Doctor Pain heal your pain. You post review of Doctor Pain on Yelp. You not sue Doctor Pain as event of gross negligence.’”

“Relax. I come here all the time.”

“That explains so much.”

I lean back in my seat, tired. Beyond tired. Mustering every ounce of CBT training to keep myself from looking at the clock on the wall because, you guessed it, if I can convince myself it’s only half past ten, then it’s only half past ten, even though I know it’s much, much later. Wednesday morning already. There’s subtle electronica music playing in the background, a track called “Modern Beauty,” by Ryan Farish, according to the minimalistic, jumbo-sized playlist that occupies an entire wall—though as much as this place was designed to look like some kind of slick Apple product, it’s still just a waiting room, and waiting rooms suck. They’re worse than getting the shot, worse than your doctor giving you the bad news. At least when you know you’ve only got three months to live, you know. You can prepare. The not-knowing, the suspense—the un-calm before the storm during which your brain entertains every little hypochondriac possibility regarding your sore this, your swollen that—that’s the worst part about going to the doctor. Not the after, but the before. And sometimes the during, depending.

I slouch further into my seat, stretching my legs, groping mentally for less ominous thoughts. “Seems like the only time we hang out is when you’re uploading with me to some doctor.”

“Twice is hardly enough to establish a pattern,” Beta replies. “Besides, we play Wii, like, every day, don’t we?”

“You play Wii every day. I join in during occasional free time between homework and Web stuff.”

A pale, middle-aged woman clearly afflicted with some sort of walking dead sickness uploads into the room, shuffles into a chair. Like Beta, she placates Doctor Pain’s infamous terms of service dialog box without reading it first, and I have to wonder if anyone who uploads here reads anything.

“What do you think her problem is?” I whisper to Beta—id est, is she contagious?

“You don’t have to worry about catching anything here.” Beta waves his hand at the red McAffe shield hanging on the wall. “They’ve got anti-virus installed.”

“What would you prefer?”

“Avira. Or a hardened Linux box.”

“Excuse me,” Zombie Lady rasps, looking annoyed, “but I can hear you.”

“No worries, toots,” Beta says, flashing her a friendly smile. “We’re talking about the other patient zero who was here before you.”

Zombie Lady looks like she wants to give Beta a piece of her mind (or maybe eat a piece of his), but instead looks the other way.

“Fix what?” I whisper back.

“Sick people. Injured people. The resolution is there. SuperMegaNet can copy and paste people losslessly. We can give users the ability to change their virtual appearance using skins. The next step is to make those changes sticky, if desired, once a user is actual again. It’s tricky, because what works well at the moment of upload may not work after several days, weeks, months, or years of routine cell division in the real world. We need computers smart enough and fast enough to be able to predict all possible mutations during a person’s lifespan. But once we figure out how to tweak without tampering, this’ll be the wave of the future. It’ll revolutionize cosmetics, the medical field, social politics—upload to an online clinic like this, filter out your cancer, download clean as a Bloomingdale’s restroom. Designer bodies instead of online skins. Instant vacations. The death of public transportation as we know it. Assuming this doesn’t end with the government or some greedy tech company getting its grubby paws on Taurus’ technology, on me. They’d love to patent a world where all you have to do is upload to a server, rearrange a few of your bytes, and send yourself back home once again, right as rain.”

“Except,” I point out, “Jan doesn’t have the bytes available to rearrange, does he?”

Beta shrugs. “Like I said earlier, the SMN server is supposed to be graceful about download failures, but, well, it is still beta software. You’re fidgeting, by the way.”

“I get nervous when I’m tired.”

If “oxymoron” is slang for “making your therapist rich,” then yes. Absolutely. “I can handle it.”

Beta pauses, makes a point of letting me know that he’s studying me. “Call your parents, little dude. Call Ernie’s grandparents. It’s okay for you to turn the reigns over to someone else once in a while.”

I shake my head. “No parents. I promised Ernie.”

“Eleven, twelve—it’s all underage in a court of law. I know you and your friends are trying to assert your independence, but you have a family. Your friends have families.” Beta pauses. “Well, Jan’s family has been impounded, but that’s another fucked-up discussion. I have a family I can’t see because I’m supposed to be missing or dead. I’ve haunted their Facebook pages enough to know they’ve moved on without me. That’s fine. I’m a wanted man. I miss them dearly, but I don’t want to be dropping in on Mom and Dad every weekend, bringing my problems back home, opening old wounds and all that. What I’m getting at is, I can’t be with my family. You won’t be with your family. Think about it.”

Okay, for the record, it’s not that I don’t want to be with my family. I just don’t want to be with them like other kids my age are with their families, always getting into trouble, always grounded, always being talked about by adults using sentences that end with exasperated sighs or a rolling of the eyes. More importantly, I don’t want Mom and Dad to one day soon decide that I’m not big enough for my britches.

“I’m afraid that if I fail one too many times,” I say, “my parents will blame it on the high school thing—too much too fast—and they’ll send me back to middle school.”

“What’s so bad about middle school?”

“Doesn’t sound all that different from high school.”

“When you’re a couple of years younger than everyone else it makes all the difference. In middle school, I was on everyone’s radar. All the judging and the stereotypes and the awkwardness… In high school, I’m almost invisible. I’m of no interest to the girls, and I’m no threat to the boys. I’m not too small, I’m not too quiet, I’m not too smart, I’m not too Asian. I’m…anonymous.”

Beta nods. “So, this is your Kobayashi Maru scenario.”

“Are all your metaphors based on Star Trek?”

“Hey, Trek has a metaphor for everything.”

I fidget some more. “I wish I could just be as chill as you.”

“Oh, I’m not so chill,” Beta says in the most chill way possible. “I spend a good cumulative hour or two every day wondering if all the decisions I’ve ever made up to this point have been right or wrong.”

“Dude. You’re chill even when you’re explaining why you’re not.”

Beta looks thoughtful. “Huh. Maybe there’s a bug in one of the SMN algorithms that handles emotions or morality or something.”

“Does that mean you might suddenly BSOD one of these days and start running around killing people?”

“I promise to kill you last.”

Look how that turned out.

The two of us look up.

A comically big-breasted nurse is standing beside the now-open exam area door.

“The doctor will see you now,” she says.